Unity Sample Instant Tracking - does nothing

started a topic about 4 years ago

I'm using Unity 2017.2, Wikitude 7.1.0 and an Android 5.1 device (itel 1516plus). I downloaded the Wikitude sample project for Unity and added my license key and app ID. When running the project within the Unity editor, it just shows a white background instead of using the webcam. Odd, but not too bothered.

When built to my android device, it runs ok. The white background is replaced with the camera footage (had to disable multi-threaded rendering in Unity's Player Settings). The samples involving image recognition all seem to work properly. However, the Instant tracking sample just does nothing at all.

Within the Unity editor, clicking on the buttons in the Instant tracking scene will place a 3D model of that object in the white background scene. But on the android device, it just does nothing. 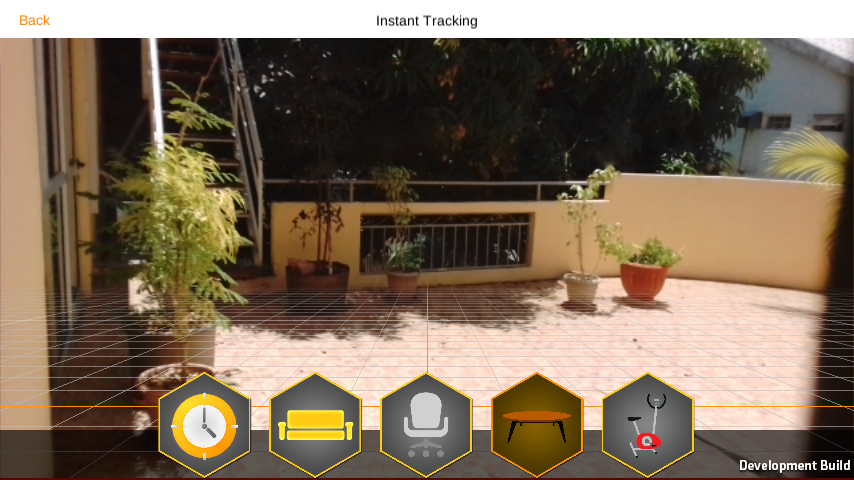 The screenshot above was taken after tapping the table button several times. Still no table model in the scene.

I made no changes to the content of the sample project other than what I mentioned above.

As long as the bar at the bottom of the screen is red, that means that instant tracking is not working properly. Do you have any error messages printed in the Android console?

If it's possible, please test on a different device as well. You can also try to disable development build.

Login or Signup to post a comment
More topics in Unity Questions or Problems
See all 550 topics
© 2021 Wikitude, a Qualcomm company